Bible Verse About Being A Good Father 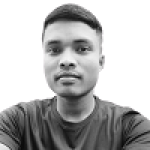 Proverbs 13:24
Whoever spares the rod hates his son, but he who loves him is diligent to discipline him.

Proverbs 22:6
Train up a child in the way he should go; even when he is old he will not depart from it.

Proverbs 3:11-12
My son, do not despise the Lord’s discipline or be weary of his reproof, for the Lord reproves him whom he loves, as a father the son in whom he delights.

Luke 15:20-24
And he arose and came to his father. But while he was still a long way off, his father saw him and felt compassion, and ran and embraced him and kissed him. And the son said to him, ‘Father, I have sinned against heaven and before you. I am no longer worthy to be called your son.’ But the father said to his servants, ‘Bring quickly the best robe, and put it on him, and put a ring on his hand, and shoes on his feet. And bring the fattened calf and kill it, and let us eat and celebrate. For this my son was dead, and is alive again; he was lost, and is found.’ And they began to celebrate.

3 John 1:4
I have no greater joy than to hear that my children are walking in the truth.

Psalm 78:5-8
He established a testimony in Jacob and appointed a law in Israel, which he commanded our fathers to teach to their children, that the next generation might know them, the children yet unborn, and arise and tell them to their children, so that they should set their hope in God and not forget the works of God, but keep his commandments; and that they should not be like their fathers, a stubborn and rebellious generation, a generation whose heart was not steadfast, whose spirit was not faithful to God.

Psalm 127:3-5
Behold, children are a heritage from the Lord, the fruit of the womb a reward. Like arrows in the hand of a warrior are the children of one’s youth. Blessed is the man who fills his quiver with them! He shall not be put to shame when he speaks with his enemies in the gate.

Proverbs 19:18
Discipline your son, for there is hope; do not set your heart on putting him to death.

Matthew 23:9
And call no man your father on earth, for you have one Father, who is in heaven.

Joshua 24:15
And if it is evil in your eyes to serve the Lord, choose this day whom you will serve, whether the gods your fathers served in the region beyond the River, or the gods of the Amorites in whose land you dwell. But as for me and my house, we will serve the Lord.”

Proverbs 10:1
The proverbs of Solomon. A wise son makes a glad father, but a foolish son is a sorrow to his mother.

Matthew 7:9-11
Or which one of you, if his son asks him for bread, will give him a stone? Or if he asks for a fish, will give him a serpent? If you then, who are evil, know how to give good gifts to your children, how much more will your Father who is in heaven give good things to those who ask him!

Proverbs 14:26
In the fear of the Lord one has strong confidence, and his children will have a refuge.

Psalm 68:5-6
Father of the fatherless and protector of widows is God in his holy habitation. God settles the solitary in a home; he leads out the prisoners to prosperity, but the rebellious dwell in a parched land.

Deuteronomy 6:6-9
And these words that I command you today shall be on your heart. You shall teach them diligently to your children, and shall talk of them when you sit in your house, and when you walk by the way, and when you lie down, and when you rise. You shall bind them as a sign on your hand, and they shall be as frontlets between your eyes. You shall write them on the doorposts of your house and on your gates.

Malachi 2:10
Have we not all one Father? Has not one God created us? Why then are we faithless to one another, profaning the covenant of our fathers?

Proverbs 13:22
A good man leaves an inheritance to his children’s children, but the sinner’s wealth is laid up for the righteous.

John 3:16
For God so loved the world, that he gave his only Son, that whoever believes in him should not perish but have eternal life.

Proverbs 23:24
The father of the righteous will greatly rejoice; he who fathers a wise son will be glad in him.

Job 1:4-5
His sons used to go and hold a feast in the house of each one on his day, and they would send and invite their three sisters to eat and drink with them. And when the days of the feast had run their course, Job would send and consecrate them, and he would rise early in the morning and offer burnt offerings according to the number of them all. For Job said, “It may be that my children have sinned, and cursed God in their hearts.” Thus Job did continually.

Proverbs 23:22
Listen to your father who gave you life, and do not despise your mother when she is old.

Hebrews 12:7
It is for discipline that you have to endure. God is treating you as sons. For what son is there whom his father does not discipline?

Malachi 4:6
And he will turn the hearts of fathers to their children and the hearts of children to their fathers, lest I come and strike the land with a decree of utter destruction.”

Romans 8:14
For all who are led by the Spirit of God are sons of God.

Joshua 1:9
Have I not commanded you? Be strong and courageous. Do not be frightened, and do not be dismayed, for the Lord your God is with you wherever you go.”

Exodus 20:12
Honor your father and your mother, that your days may be long in the land that the Lord your God is giving you.

1 Corinthians 16:13
Be watchful, stand firm in the faith, act like men, be strong.

Matthew 6:26
Look at the birds of the air: they neither sow nor reap nor gather into barns, and yet your heavenly Father feeds them. Are you not of more value than they?

Genesis 2:24
Therefore a man shall leave his father and his mother and hold fast to his wife, and they shall become one flesh.

Ephesians 6:1-3
Children, obey your parents in the Lord, for this is right. “Honor your father and mother” (this is the first commandment with a promise), “that it may go well with you and that you may live long in the land.”

John 14:6
Jesus said to him, “I am the way, and the truth, and the life. No one comes to the Father except through me.

Colossians 3:20
Children, obey your parents in everything, for this pleases the Lord.

Ephesians 4:6
One God and Father of all, who is over all and through all and in all.

Romans 8:15
For you did not receive the spirit of slavery to fall back into fear, but you have received the Spirit of adoption as sons, by whom we cry, “Abba! Father!”

1 Thessalonians 2:11-12
For you know how, like a father with his children, we exhorted each one of you and encouraged you and charged you to walk in a manner worthy of God, who calls you into his own kingdom and glory.

1 Chronicles 29:17
I know, my God, that you test the heart and have pleasure in uprightness. In the uprightness of my heart I have freely offered all these things, and now I have seen your people, who are present here, offering freely and joyously to you.

1 John 3:1
See what kind of love the Father has given to us, that we should be called children of God; and so we are. The reason why the world does not know us is that it did not know him.

John 14:2
In my Father’s house are many rooms. If it were not so, would I have told you that I go to prepare a place for you?

Luke 15:20
And he arose and came to his father. But while he was still a long way off, his father saw him and felt compassion, and ran and embraced him and kissed him.

Matthew 6:9
Pray then like this: “Our Father in heaven, hallowed be your name.

Proverbs 3:11
My son, do not despise the Lord’s discipline or be weary of his reproof,

Ephesians 6:4
Fathers, do not provoke your children to anger, but bring them up in the discipline and instruction of the Lord.

Proverbs 20:7
The righteous who walks in his integrity— blessed are his children after him!

Colossians 3:21
Fathers, do not provoke your children, lest they become discouraged.

Genesis 18:19
For I have chosen him, that he may command his children and his household after him to keep the way of the Lord by doing righteousness and justice, so that the Lord may bring to Abraham what he has promised him.”

Bible Verses About Baptism And Salvation